Skip to content
From the Kodokan website:
It could be said that the remit of the Kodokan President is to safeguard the essence of Jigoro Kano’s judo. This, undeniably, is an enormous responsibility that not many could shoulder, not many have ever been asked to.

Sensei Haruki Uemura is the man in the hot seat currently. His name can be found in the record books easily as it has been listed next to a 1976 Montreal Olympic gold medal and not one but two world titles. With these qualifications and an obvious passion for judo, he is an essential part of the preservation of judo’s core values, the upholding of tradition and the route to the next stage of judo’s development. 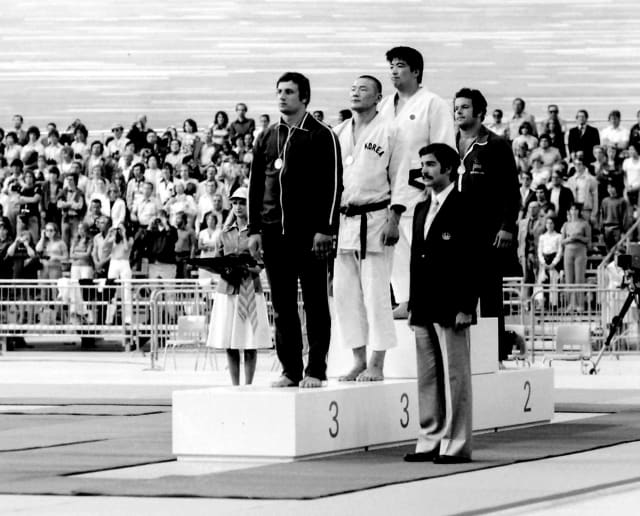 Mr Uemura is present in Tashkent, attending the IJF Executive Committee meeting prior to the start of competition. With his role clearly not limited to the World Judo Tour, he was also present in Krakow, Poland, for the World Championships Kata and has now reflected on those recent travels, “I was very happy to see this kata championship going ahead. During the pandemic we faced a very difficult situation but we tried, as always, to adapt and overcome. We must teach judo properly to the next generations and kata can play a big role in that. Before arriving in Poland I was concerned about the condition of the kata but I saw the level in Krakow and was much happier.” 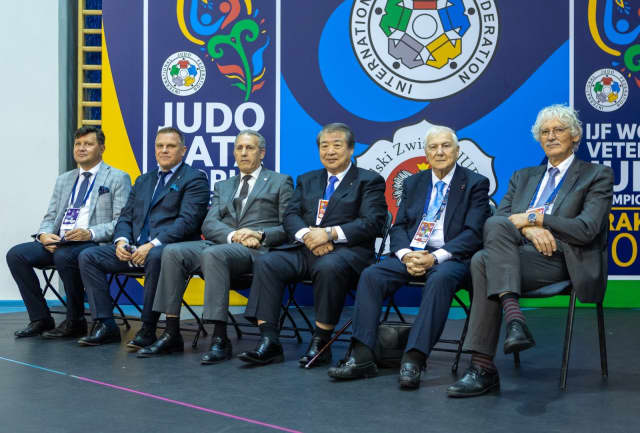 Mr Uemura enjoyed analysing some of the finer details of the performances, “Each technique has a proper sequence, following the principles of mai, riai, kuzushi, tsukuri and kake. They must fully understand each technique’s sequence. Especially for juno kata, the movement is so slow that it is necessary to keep the balance in exactly the correct position. Some pairs tried to lift but without a stable posture there was a loss of balance. With such kinds of slow movement, each detail must be shown properly and it becomes clear which parts are good and which are not. We can see clearly when uke is assisting tori too much, usually a result of improper understanding of or application of the fundamental principles.”

More generally, aside from the details, Mr Uemura commented on a particularly pleasing observation, “I’m very happy to see so many women entered into the event. Even in kime-no-kata we saw proper action from the women. According to judo’s history, women’s judo started very late but now with so many women competing we can see that equality is being respected.”

In Krakow women made up approximately one third of the entry for the World Championships Kata, compared with 25% in previous years.

“I’m happy to have seen women as tori even in mixed pairs, using proper technique and principles. With correct kuzushi following proper judo theory, even the smallest women there were performing beautifully positioned kata-guruma technique in the nage-no-kata.”

The kata disciplines provide the foundations for activity that is truly equitable, far more so than shiai could encourage. The criteria for assessing kata includes form, application of principles, consistency, among other aspects, none of which are affected by power or base strength. Same sex pairs and male-female pairs are judged against each other with no consideration of gender and so kata offers the purest form of gender equity within the martial arts world. 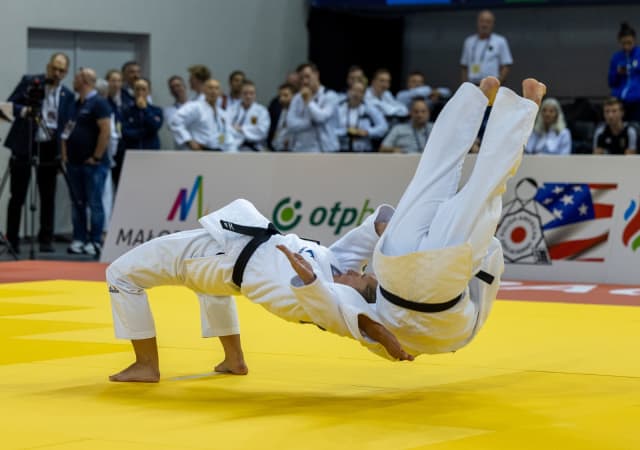 Mr Uemura says that being progressive about the way kata is taught can provide the necessary connection with shiai and there is space within this idea for real development.

“According to teachings from Jigoro Kano there are 4 methods of learning: kata, randori, kogi (lecture), mondo (discussion). Kata is for the basics and for learning and applying fundamental principles. Basic principles can be used in the second step, randori. Through kogi there is knowledge and with mondo there is understanding and analysis. There is an opportunity to realise, through discussion, that the mind can be opened more. These four steps are important for everybody. Kata doesn’t have to be the 7 kata we know. Nage-no-kata has only 15 techniques and so some throws, such as osoto-gari, are missing. So, the same principles must be applied, including the breaking down of techniques to improve form. Uchi-komi can therefore be considered a form of kata. During the pandemic, while many judoka had no partners or even dojos, solo uchi-komi became important and this is most certainly also a form of kata.

I have to feel it, a video is not enough to learn from. The IJF Academy went through a stage of wanting to teach kata by video but I said no. Video is not enough to feel and fully understand. I was first a champion and then I began to study kata, very late in my judo life. My first judo teacher was blind but he taught by sound, such as the sounds of landing and the ashi-waza. He was also an uke for all his students so that he could feel. He taught principles such as kuzushi but not kata in a strict form. He taught, for example, uchi-mata but step by step, piece by piece. Once I started training in kata, because of my history, I was able to take his method. When I was in charge of the Japanese national team I was focussed on that way of teaching. Although I started kata in ernest in my late 50s, I had already been instructing the national team to learn by principles in the same kind of broken down way but without it being recognised as actual kata. There is a link, a strong one.

This sound element had a strong influence on me and in the nage-no-kata in Krakow I heard some make excellent sounds. The sound does not lie, ever. Uki-otoshi, for example, if there is a jump the sound is bad but if there is a stiffening of uke and then the correct pull there will be a good sound and the right application of the principles can be accepted.

Now we are here doing an interview and although you are asking me for my opinion, we are engaged in mondo. Even for me it is a good opportunity to study and to think. Judo study has no final goal, it remains continuous no matter how long we are involved in the sport and no matter the role or level in which we work. Even the person giving the answer, who seems to understand, can realise something new and so mondo is very important.” 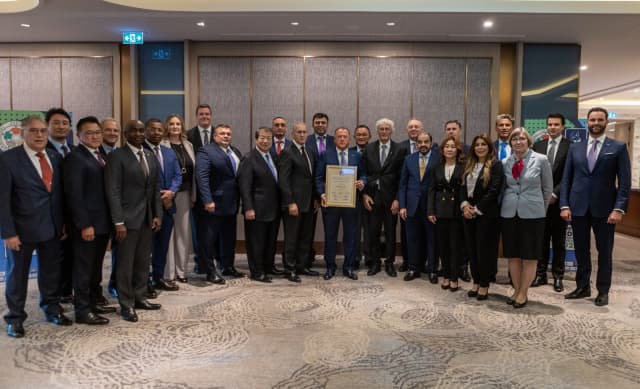 Now in Tashkent, Mr Uemura is casting his eyes over another world championship, the seniors, the elite. However, the same principles apply and just as the fundamentals must be visible in the practice of kata, so must they be visible in shiai, especially at the top level.

“The World Championships is the highest level of competition because these fights will decide the best in the world. I hope that the athletes will show the best of judo, executing their most skilful waza. I hope they will show the achievements of their daily practice on the tatami with fair play, according to true judo spirit.”

No-one could ask for more than that. Mr Uemura sets his expectations and they are both the minimum and maximum that should be seen on any tatami anywhere in the world. From world level kata to world level shiai but also from children to university students to the elite, to show the best of your practice, obeying the fundamental principles of judo; this is everything. 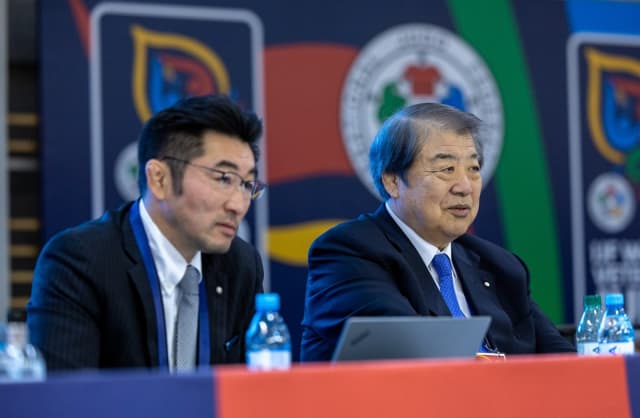 Sensei Uemura continues to observe, discuss and contribute to both the traditions and the future of judo